PSA: Al Horford is Not Washed 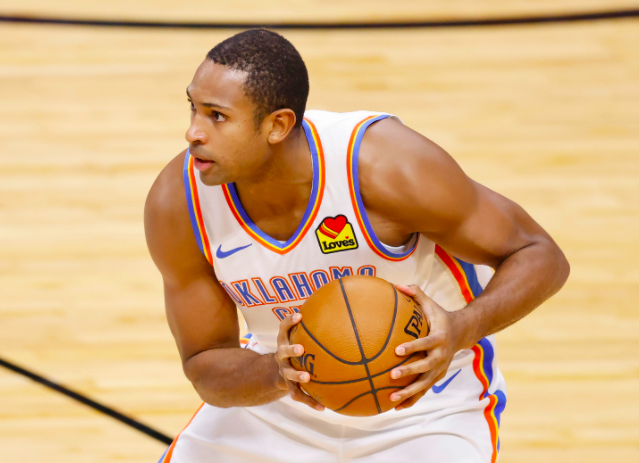 On December 8, 2020, the Philadelphia 76ers traded away Al Horford, two second-round draft picks, and a 2025 first-round draft pick to the Oklahoma City Thunder for Danny Green, a role player. Just two years prior, Horford was an all-star and the driving force behind the Boston Celtics’ success in two consecutive conference finals playoff runs. So what happened to Horford? And does he have a future in the NBA?

In the 2007 NBA Draft, Al Horford was selected with the third overall pick by the Atlanta Hawks. As a prospect, the 6’10” big man showcased intriguing potential as an athletic defender, post scorer, and playmaker. While his scoring abilities never reached MVP levels, Horford grew tremendously as a defensive anchor and passer from the free throw line. Prior to drafting the five-time All-Star, the Hawks had not made a single playoff appearance in seven seasons. As soon as Horford arrived, however, Atlanta made the playoffs for nine straight years, sporting a defensive rating better than the league average in each year after Horford’s rookie campaign.

In 2016, Horford signed with the Boston Celtics, where he got the chance to play with arguably his most talented teammate ever up to that point: Isaiah Thomas. Horford complemented the scoring guard perfectly: Thomas took the brunt of the scoring responsibilities while Horford was able to focus on setting up his teammates and defending the basket. The next season, Thomas was traded for Kyrie Irving, another scoring guard. Horford showcased his versatility, not missing a beat with his new co-star. And when the playoffs came, with Irving sidelined by a knee injury, Horford demonstrated just how valuable his skillset could be in a playoff series.

Offensively, his shooting ability forced opposing rim protectors to step out of the paint, creating open lanes and opportunities for teammates to score. Defensively, Horford was both strong enough to bruise with star post players like Joel Embiid and quick enough to switch on to wings such as Giannis Antetokounmpo and Ben Simmons. Horford’s versatility helped Boston reach the third round of the playoffs two years in a row, when the Celtics had not even made it past the first round since 2012.

In the 2019 free agency, The Philadelphia 76ers signed Horford to replace all-star wing Jimmy Butler, ensuring that Embiid would not have to match up against Horford in the playoffs. But Philadelphia struggled to make the combination of Horford and Embiid work. Horford was moved out of his natural position at center and forced to play power forward. Everything that made Horford unique as a center did not distinguish him as a four. He was a good shooter for a five, but it was nothing special for a power forward. He was capable of switching on to wing players, something uncommon for many centers, but he wasn’t better at guarding them than defensive-minded forwards. And instead of making plays for his teammates and serving as a playmaking hub at the elbow, Al was relegated to the corner to take jump shots and space the floor for Embiid.

It showed in the stat sheet. Based on net rating per hundred possessions, only one of the team’s ten best lineups included both Embiid and Al. Together, Horford and Embiid were not a recipe for success.

This stint in Philadelphia has significantly damaged the perception of Horford’s value as a player. It is common to hear that he is washed, past his prime, and overpaid. In fact, his stats in Philadelphia were so lackluster that irate Sixers fans began calling him “Average Al.” But I believe that Al is far from average. From his time in Boston to now, nothing about Horford as a player has changed. He is still a legitimate game-changing player.

As we speak, Horford is playing at a high level. At the onset of the season, the Oklahoma City Thunder were expected to be one of the worst teams in the league. But with Horford on the court, the Thunder actually play at an above average level. As of February 16, When Al was on the floor, the Thunder outscored their opponents by 11 points per one hundred possessions. In fact, Horford is part of every five-man, four-man, three-man, and two-man combination that the Thunder ran with a positive net rating. During the minutes Horford plays, Oklahoma City is beating their opponents. In the minutes he does not, they get outscored. When Horford can be his authentic self as a player, he can make a profound, positive impact on the game.

So what is next for Horford? Because Oklahoma City is a young team trying to secure high draft picks, they will likely try flipping him for some assets that can be used in the rebuilding process before the trade deadline. In my opinion, he is the best player in the entire league currently available for trade, and there are many teams that would greatly benefit from a player of Horford’s caliber in the middle.

There are three contending teams that I believe could be taken to new heights with the addition of Horford: the Brooklyn Nets, the Toronto Raptors, and the Boston Celtics.

To put it nicely, the center situation in Brooklyn is less than ideal. Former All-NBA center, DeAndre Jordan, currently holds the lion’s share of minutes at the 5, but this is the result of a lack of other options. At this stage in his career, Jordan is a poor rebounder and rim protector (the two skills which made him so good in his prime). As one of the worst defensive teams of all time, Brooklyn would warmly welcome a legitimate defensive anchor to protect the rim and guard the stars of rival teams such as his former teammate, Joel Embiid. Further, Horford would allow Brooklyn to not give up size while putting another shooter on the floor, opening up the paint for Kyrie Irving, James Harden, or Kevin Durant to go to work.

The Nets, however, do not have the salary cap room necessary to take on Horford’s hefty contract of $28 million per year without giving up the majority of their very few assets. Brooklyn could package Joe Harris and Spencer Dinwiddie (two of the team’s staples over the past couple of years), but then they would have a bench composed of G-league players and past-their-prime journeymen, with no money or draft picks to improve their roster around their star players.

Horford would also be a great fit for the Toronto Raptors. This past offseason, Toronto failed to re-sign either of their quality centers (Marc Gasol and Serge Ibaka), and instead ended up with Aron Baynes (a high-quality backup center in) and Alex Len (a former disappointing top five pick who has already been cut seven games into his Raptors tenure). Horford would be a great pick and pop partner with both of their guards, Kyle Lowry and Fred VanVleet, while additionally serving as a rim protector who also creates opportunities for his teammates.

Financially, Toronto could package Norman Powell (an athletic wing with intriguing scoring attributes) along with some of their other contracts to get pretty close to Horford’s price. A third team might have to get involved to make everything match perfectly, but if it meant Toronto could get someone of Horford’s caliber, it would certainly be worth the effort.

This has been a bad season for the Boston Celtics. The offense looks choppy, the defense is inconsistent, and it is still unclear whether any of their current centers are long-term solutions or merely place holders. The Celtics could use Horford the same way the Nets and Raptors could use him. In fact, the core of this team is nearly the same one Al led to the conference finals a few years ago. Offensively, he gives Kemba Walker, Jaylen Brown, and Jayson Tatum a screener who can shoot. But Horford’s biggest addition on offense would be his playmaking. Even with the passing improvements in Tatum and Brown, Boston desperately needs a more natural playmaker who has less of a score-first mentality. Defensively, Horford would be an elite anchor who would enable the Celtics to employ more switch-heavy defensive schemes against the top teams in the East.

Boston also has the easiest financial means to acquire Horford. When Gordon Hayward left the Celtics for the Charlotte Hornets, Boston acquired a $28 million trade exception. Trade exceptions are money that is not attached to a player, but that can still be used to match salaries in a trade. This means that the Celtics could make an offer for Horford centered around draft picks instead of being forced to give up rotational players just to match salaries.

So just to be clear: “Average” Al Horford is not washed, and he is far more than just average. Any NBA team that needs another piece to make the jump to the next level should be heavily considering Horford as that piece. Come playoff time, the team that trades for him will be looked back on as the winner of the 2021 NBA trade deadline.