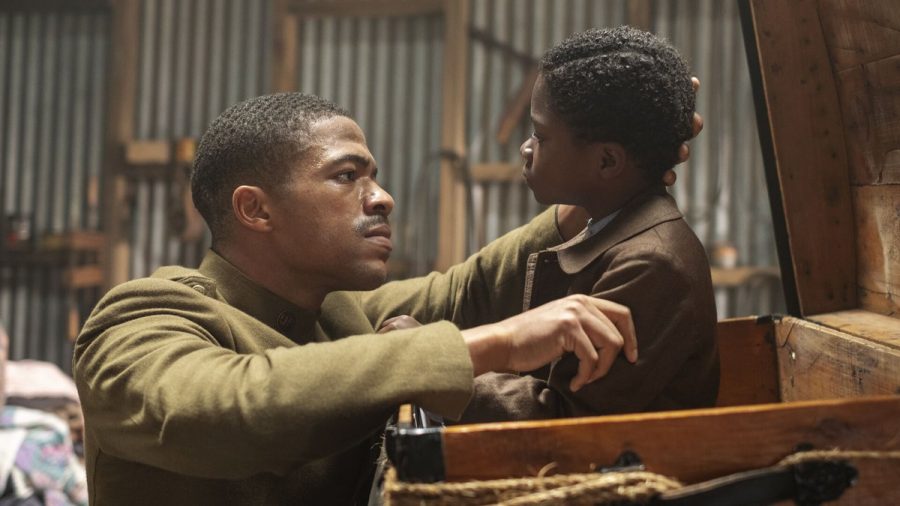 HBO’s adaptation of Watchmen, the trailblazing graphic novel of the same name, takes a world of superheroes and boldly transposes it onto our modern day. In the opening scene of the series, we see the familiar trope of a boy sent away by fearful parents on a journey to some uncertain safety while the world burns down around him. It is Tulsa, Oklahoma in 1921. The city is being torn to the ground by white residents, angry at the emergence of what was known as Black Wall Street. Nearly a hundred years after that horrific Tulsa Race Massacre, our protagonist, Angela Abar of the 51st American state of Vietnam, takes on a white supremacist supervillain master plot. The show masterfully overlays the well-worn, endlessly complex false dichotomy of black and white with another: superhero (or villain) and cop.

Alan Moore and Dave Gibbons conceived the idea of this alternate history in the original 1980s comic series Watchmen. Decades later, writer Damon Lindelof, the man behind Lost and The Leftovers, weaves past and present together again in the same startlingly tangled universe. The most compelling element here is easily the unconventional worldbuilding, from a frightened police force forbidden from revealing their faces, to a 30-year President Robert Redford doling out reparations (“Redfordations”). Lindelof makes no effort to handhold the viewer through this timeline. Piecing together disparate details until the very last episode makes Watchmen a more interesting viewing experience than its main plot alone could offer. It’s exciting enough that that every gleaned bit of information feels like a dramatic reveal.

Fans of the comics can rest easy knowing that unlike other less fortunate adaptations, Watchmen doesn’t attempt to replicate the very well-loved source material, but rather, it tells a more current story that grapples with the implications of that original world. The sociopolitical horrors of today are almost more striking when acknowledged in science fiction. In 1986, Cold War tensions and nuclear arms were the issues superheroes faced, but in 2019 Oklahoma, racial violence takes center stage. Moreover, a brand new main character with a complicated past rooted in events familiar to the comic fans manages to draw in viewers not as familiar with traditional superhero narratives like myself.

But, it’s clear enough that Watchmen goes beyond what most mainstream graphic novel adaptations are willing to do. The comics offered the question, who are the heroes and villains of our world, and how much power do they really have? Watchmen shows one version of an answer. In Lindelof’s universe, heroes are not revered but are instead outlawed as vigilantes. The show heavily experiments with a range of perspectives, often with contradicting messages and vastly different stories. Angela is an orphaned black police officer who witnessed almost her entire police force wiped out by a white supremacist group. Her colleague, Wade, is an interrogator with PTSD from a 9/11-esque squid attack. Dr. Manhattan is an omnipotent superhuman who must shoulder the knowledge of everything that will ever happen to the world. What happens when people realize the existence of a god who can save them from anything, only for Dr. Manhattan to say he just doesn’t care enough to help?

Although borderline absurd at times, Watchmen manages an ending that synthesizes  all of its wildest and seemingly nebulous moments randomly sprinkled throughout the season into not one, but many intertwined stories spanning decades. Soon enough, it becomes clear that the message is more than just a sum of its shock value. Outlandish and detailed backstories play a dominant role, supported by the satirically gaudy show-within-a-show, “American Hero Story,” that plays in the background as a nod to what Watchmen could have been if it followed the footsteps of previous, poorly received, adaptation attempts. The increasingly wacky scenes of an eccentric old man, living in a manor and torturing clone servants on outrageous whims, in particular, comes to mind. More than halfway into the season, if I was asked how he, a genius Vietnamese billionaire, and a certain blue-skinned Dr. Manhattan living on Mars would come together, I’m not sure I could have dreamed up an answer.

Unsurprisingly, the Emmys looked favorably upon Watchmen. With 26 nominations,  the most for any series in 2020, the show walked away with eleven wins, including best limited series and best actress for Regina King, best supporting actor for Yahya Abdul-Mateen II, and best writing for a limited series for Damon Lindelof and Cord Jefferson. From the first episode, it’s clear that Watchmen is the kind of show television critics generally love to shower with praise, but it’s really as off-beat and fresh as it is traditionally well-made. Keep an eye out for a renewal announcement, because you won’t want to miss where this story goes next.