Why You Should Boycott Sia’s New Film 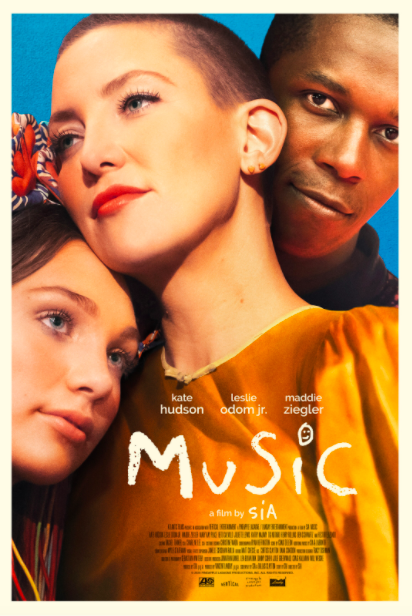 On February 10th, Sia’s new movie Music was released in select theatres across the country. In the movie, Maddie Ziegler, a teenage influencer and dancer, plays the protagonist named Music, who is autistic. This is a problem because Sia refused to cast an autistic person in the role and directly tweeted an autistic actor saying they were “just a bad actor.” Instead, she built the role for Ziegler, who is neurotypical, to play the role of a neurodivergent girl. Sia then instructed Ziegler to watch videos of autistic people having a difficult time controlling their emotions. Ziegler was told to copy their movements to “help” build her character. Just by watching the trailer, it is evident that Music is insensitive and hurtful to the autistic community. It is important that people don’t watch this movie because it represents ableist ideas and themes that are discriminatory towards people with disabilities. That is why I’m calling for a boycott of the film.

The beginning of the movie features strobe lights, loud noises, and a great deal of flashing. Not only is this extremely overstimulating for those with autism, but it also causes a risk for those with epilepsy. One in four people diagnosed with autism are also diagnosed with epilepsy. Sia claims that Music was intended to be inclusive of those on the autism spectrum, but all of these visual distractions can be triggers for someone with autism. Although I don’t personally have autism, all of my life I have been learning about how autism can affect a person. Autism is not something to look down on; instead, it grants a person with certain superpowers, talents, and unique qualities. One thing that a lot of people with autism struggle with is having a high sensitivity to loud noises and unexpected surprises. Effects such as flashing lights or quick camera cuts can easily frustrate a person with autism. The movie also creates an uncomfortable feeling for most viewers because of Ziegler’s unnatural movements, which are intended to depict a person with autism. Ziegler is not autistic so when she is acting like someone who is, it can be offensive because not all autistic people have the same behaviors and ways of expressing themselves, and so by being a neurotypical person and acting in this way, Ziegler effectively disregards the variety of the autism spectrum.

There are two different moments when Sia’s movie Music promotes deadly restraints that are illegal. The main character, Music, is held face-down in a prone restraint because of behavior challenges she is having. This kind of restraint can cause suffocation and death. When taking into account the danger of this action, remember that George Floyd was suffocated and killed in the very same way. Sia apologized and said she would remove these scenes from the movie, but she has not taken any action to remove these disturbing and dangerous scenes to date. Instead, she has placed a warning statement on the film, which simply gives a heads-up on the aggressive use of restraint.

Another noticeable issue in the film is that Music, who is mostly non-verbal, uses limited words and phrases through her tablet. These phrases are “I’m Happy” and “I’m Sad.” This is problematic because it allows viewers to assume that people with autism can’t be intelligent, or have access to complex sentences and thoughts. In real life, people with autism who use technology to communicate with others often use more complex language and phrases.

Another important reason to boycott Music is that all 100+ cast members and crew have refused to apologize for the film. They continue to take pride in the film and defend it from all the negative reviews. Sia herself got slammed on Twitter after aggressively responding to autistic community-supporters and this caused her to delete her account altogether. On her Twitter, Sia made a statement regarding casting a person with autism to play the role of Music: “Casting someone at her level of functioning was cruel, not kind, so I made the executive decision that we would do our best to lovingly represent the community.” Is she suggesting that an autistic person doesn’t understand their own lifestyle? If anyone knew how to best play the role of a non-verbal autistic girl, it would be a non-verbal autistic girl. Sia also worked with a controversial group, Autism Speaks. Autism Speaks is advertised as a charity to benefit people with autism, but more than 60 disability rights organizations have condemned the organization for failing to represent autistic people, and for exploitative practices.

Although this movie is ableist, it still managed to get nominated for a Golden Globe. The Golden Globes should rescind its nomination. They should rethink their decision because the movie is advertised as one which includes people with disabilities, while it actually promotes the use of deadly restraints and is demeaning to individuals with autism, among other reasons. According to Caitlyn Dion ‘23, co-leader of Pingree Pals, the movie is “really offensive and scary.” Olivia Robertson ‘22, co-leader of Pingree Pals, calls the movie “ignorant.” The first word both of them said to me when I asked them for their feelings was “anger.” The Pingree Pals leaders would like everyone to know that you can help bring attention to this issue by signing THIS petition, which over 146,000 people have signed. Your voice matters. This movie misinterprets individuals with autism. You can help make the film industry aware by using your voice to ensure future directors don’t make the same mistakes that Sia did.

Check out these links for more information: https://themighty.com/2021/01/sia-music-prone-restraint-autistic-meltdown/