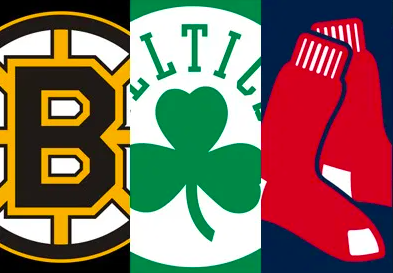 The Bruins week was a tad disappointing. While they started off strong, winning two against the Sabres, they ended the week on a low note, losing their last two to the Sabres and the Penguins.

On Tuesday night, the Bruins faced the 11-25-7 Buffalo Sabres in their first of three consecutive match-ups. Goaltender Tuukka Rask posted a 2-0 shutout to lead Boston to an unimpressive offensive victory for the night. With the addition of Taylor Hall, Boston should expect to score more than two goals a game, although this was an anomaly since the trade deadline.

Brad Marchand and Connor Clifton scored the team’s two goals and newcomers Curtis Lazar and Mike Reilly both notched an assist in the game. It was a solid first outing of the series.

Thursday night was a fun one for fans of David Pastrnak. He ended the 5-1 Bruins win with a goal and two assists. This extended his point streak to five games, showing the organization that he is back on his game after a dry spell. Jeremy Swayman was in net and he did not disappoint. He posted 29 saves on 30 shots and a .967 SV%.

No team should expect to lose a single game to Buffalo, but the Bruins found themselves on the wrong end of a 6-4 game on Friday night. It was an unacceptable loss. The Bruins were riding a six-game win streak, tied for their longest of the season, and to have the Sabres of all teams, snap that streak, is embarrassing.

Sabres goalie Ukko-Pekka Luukkonen had his NHL debut and was able to pull off the win against the Bruins, who were quite possibly the hottest team in the East at that time. The one bright side of this game for Boston was Hall showing off his offensive abilities, scoring a goal and adding an assist.

The Bruins dropped another game on Sunday, this time against the Pittsburgh Penguins. Solid goaltending by Swayman was the only highlight for the Bruins, as they lost in a 1-0 shutout. It felt like watching the old Bruins again, unable to score and finish solid plays.

It’s been a pretty average week of baseball in Boston. The Red Sox faced off against the White Sox for one game, the Toronto Blue Jays twice, and finished the week with four games against the Seattle Mariners for their longest home stand of the season.

The week began with the final game of the Sox’s five game series against the White Sox. Down 2-1 in the series, the Red Sox were able to amass an 11-4 win to halve the series. The Red Sox dawned their Boston Strong jerseys that had the same design of which David Ortiz gave his famous “This is our City” speech after the tragic Boston Marathon bombings. These jerseys are only worn once a year on Patriots’ Day, making this a special win for Boston fans to watch. Kike Hernandez, JD Martinez, and Alex Verdugo all boosted their slugging percentages in this game as they accounted for the three home runs hit. Pitcher Nathan Eovaldi was credited with the win after striking out ten batters in six innings. A great way to start the week for the Sox.

A new series began on Tuesday, April 20th. A quiet face this year for the Red Sox finally showed that he’s out of his slump.

That man was Xander Bogarts.

After going down by a run in the top half of the fourth inning, Bogarts stepped up to bat with two men on and no outs. Bogarts swung for the fences hitting a three run homer run over the green monster to take a 3-1 lead. Another run was batted in for the Sox, and no other scores would occur until the seventh inning, where the Blue Jays only scored one run. The Red Sox would take the first game of the series 4-2, with Eduardo Rodriguez staying undefeated on the mound at 3-0.

The next game, however, would be a much different story. In the first two innings of the game, Red Sox Pitcher Garrett Richards allowed four runs to be scored on him. He was relieved from the game in the fourth inning, and that’s when the Sox found some hope. Boston earned two runs in the fourth and fifth inning, making it only a two run game. In the bottom of the eighth inning, the “X Man”, Xander Bogarts, kept his hot streak alive by hitting a solo home run to make it only a one score game. Yet the energy from the run would not last, as the Sox allowed two runs in the top of the ninth that would end up being the nail in the coffin.

On Thursday, April 22, Boston would host the Mariners for a four game season that would end their home stand. In game one, they went to extra innings. After nine, the game was tied up at 3-3. With the MLB’s new extra inning rule, where a base runner starts on second to encourage more runs, the Mariners took the opportunity and ran with it. They batted in four runs to put the score at 7-3, where it would sit until the game’s conclusion.

The next night, Sox fans were on the edge of their seat the entire game. Both teams started off hot, with the Mariners scoring one run in the first, and Xander Bogarts hitting a two run home run for the Sox to take an early lead. Later in the game, after Boston amassed a 6-2 lead, fans were feeling fairly comfortable. This was until the Mariners rattled off three quick runs to make the comeback extremely realistic. Luckily, the Sox finally put the inning away to win the game 6-5. This pattern of Win, Loss, Win, Loss continued for the rest of the series, as Boston would lose the next game 8-2, and win the final game 5-3.

During their stay at home, the Red Sox kept things balanced at 5-5. Luckily, Red Sox fans are still thrilled to be at the top of the AL East with an overall record of 14-9. Hopefully Xander Bogarts can keep his hot streak fuming, as he can be an integral part of the batting order and the infield. He’s had a quiet start, so hearing his name ring around Fenway after a home run is a great feeling.

This week, the Red Sox will travel to New York to face the Mets, and Fort Worth, Texas to face the Rangers.

On Monday, April 19, the Celtics opened the week off against the Chicago Bulls. Boston, riding a six-game win streak, was missing four key rotation players in Kemba Walker, Marcus Smart, Evan Fournier, and Robert Williams the III. The Bulls, on the other hand, were missing their go-to scorer, Zach Lavine.

While the game started competitively (Boston led by six going into the half), the Celtics crumbled in the third quarter. The turning point stemmed from Chicago’s decision to begin aggressively trapping and double-teaming Jayson Tatum and Jaylen Brown. Without their core rotation players, the two stars were forced to dump the ball to the likes of Semi Ojeleye, Romeo Langford, and Grant Williams, none of whom could capitalize on their easier scoring opportunities. This lack of help became even more of a problem as it became more apparent that this would not be a successful shooting night for Jayson Tatum. Despite notching his first career triple double, Tatum would only find the bottom of the net on three of his 17 attempts in the 96-102 loss.

On Thursday against the Phoenix Suns, however, the Celtics had both Walker and Smart back in the lineup, and it showed. On offense, Walker had a game-high 32 points, hitting his jumpers and attacking the rim relentlessly. On defense, Marcus Smart completely shut down Phoenix’s leading scorer, Devin Booker. Booker finished with 15 points, ten less than his season average, along with five turnovers. Without Booker, the engine of Phoenix’s offense, the rest of the Suns struggled to get anything going. Boston took control of the game early and never let up, winning the matchup 99-86.

Boston then went on to travel to Brooklyn on Friday, for a game that would look extremely similar to Monday’s loss against Chicago. Walker and Brown were sidelined, leaving the large majority of the offensive load on Tatum’s shoulders. While Tatum delivered, scoring 38 points on efficient shooting, there was not enough creation from other players on the roster. Only three Celtics had three or more made shots — Brooklyn had five players who reached that mark by halftime. Despite a late push behind Tatum and Payton Pritchard (who finished with 22 points), the Celtics lost 104-109.

The week was capped off with a disappointing 104-125 loss to the Charlotte Hornets. Although Boston was clearly a more talented team, they played lackadaisical defense, bombed reckless three pointers, and did not move the ball. Only 53% of the Celtics’ field goals were assisted, whereas the Hornets scored 83% of theirs off of passes. Isolations and tough shots are supposed to be reserved for the end of shot clocks and occasional moments in crunch time — not as the primary option for a play. It appears that many of the issues that haunted them in the beginning of the season are beginning to resurface.

The Celtics have ten more games before the end of the regular season. If they keep up this apathetic play, Boston could either find themselves fighting for home court advantage in the playoffs, or they could end up on the verge of missing the entire playoffs. At this point, the following weeks are about identifying if the Celtics are legitimate contenders who have had bad luck, or pretenders who will crumble at the sight of adversity.