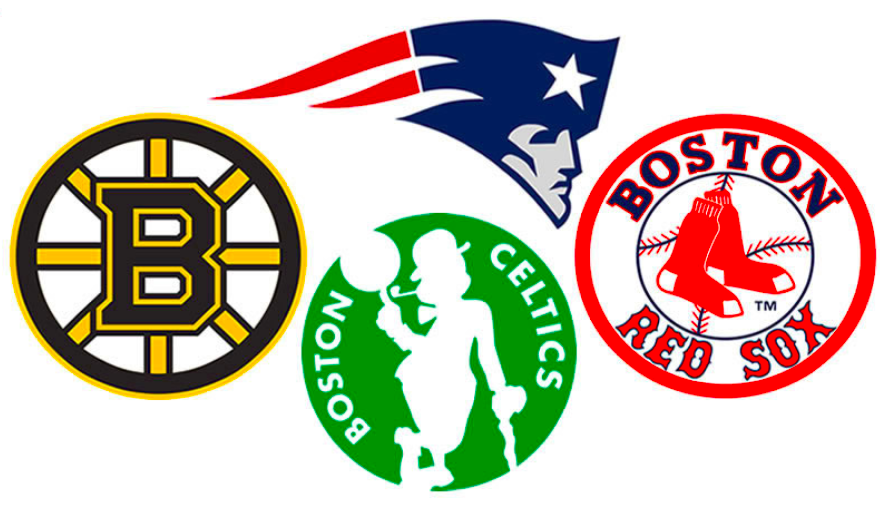 The Bruins went undefeated this week in games against the Pittsburgh Penguins, the Buffalo Sabres and the New Jersey Devils. While two of these three teams do remain on the bottom of the standings, the wins bolster Boston’s stats and have propelled them to third place in the division, now ahead of the New York Islanders.

In Tuesday night’s game against the Penguins, Tuukka Rask was the star. He fed the team a win with 25 saves on 26 shots and a .962 SV%.

Along with that, David Krejci’s offensive abilities came to life, as he scored a goal in the second period and added an assist in the third. It was a much needed 3-1 win for Boston.

Next, they would face the Sabres for back-to-back games and (unsurprisingly) take both. If you can’t beat the Buffalo Sabres, are you even an NHL team?

In their first against Buffalo, they took the game 5-2. Once again, Rask and Krejci shined. Rask led the way with a .935 SV% and Krejci had yet another one goal and one assist game to make it a back-to-back achievement. Three unanswered goals in the third period led them to the win.

Saturday’s game was a similar affair with an unexpected hat-trick: Craig Smith. The Bruins won 6-2, which is heavily credited to Smith’s goals, one coming in the first and two in the third period of the game.

On Monday night, the Bruins took on the New Jersey Devils, who they’ve struggled against this season. Fortunately for the Bruins, this game would not qualify as a struggle by any means, as they took down the Devils in a 3-0 shutout win.

Captain Patrice Bergeron scored his 20th goal of the season and the Bruins managed to clinch a playoff spot with the win.

Next up, the Bruins face the Devils yet again on Tuesday and then continue with back-to-back games against the New York Rangers.

This week, the Boston Red Sox continued their strong start to the season against the New York Mets and the Texas Rangers. Both were road games, so the change of scenery seemingly helped.

The Sox started the week in New York, facing off against the team with the lowest hits per game in the league, the Mets. The trend of low hit counts was apparent for both teams in this game, with only twelve hits between them.

Red Sox pitcher Garrett Richards has had a rocky start to the year, but it seems that he finally got things on the right track against the Mets. He only allowed one run through seven innings pitched. The Red Sox had two fewer hits than the Mets, but ended up racking two runs to the Mets’ one, taking the first win in their two game mini-series.

The next day, the game lacked even more scoring than the three runs scored the day before. Through six innings, the Red Sox had a no hitter going until Pete Alonso singled to right field. This was half of the hitting total for the Mets, as they only had one other hit during this game.

The Red Sox would score a run in the second inning, which somehow proved to be enough. In these two games, only eighteen hits were amassed. It was a very defensive and pitcher-oriented series to say the least.

The Sox made their way down south to play the Texas Rangers and face off against former teammate, Brock Holt. The series started off on the wrong foot for Boston, as another poor hitting performance would not be enough to defeat the powerful offense of the Texas Rangers.

The Rangers would win the first game of the short series 4-1, with their runs being scored on seven hits and an error.

The next day, Boston had a shot at redemption. The Sox started the game hot, racking up four runs in the first inning. They would end up tallying six total runs, with JD Martinez hitting two home runs. In their third matchup against Texas, the Sox would fall short losing in a high scoring frenzy. The final score was 8-6 in favor of the Rangers.

For the highlight of this week, things are a little different. I would honestly have to give it to former Red Sox player Brock Holt, who now resides with the Rangers organization.

Yes, that’s right, the man who made the “Dad-Bod” iconic.

In the fourth and final meeting this week against the Texas Rangers, the Red Sox fell victim to Holt. Brock Holt’s two RBI singles put the Rangers up by a run, and left the Sox biting their tongues after letting him go this off-season. It was great to watch Brock having fun, but it hurt to lose the last game of the series.

Looking forward to next week, the Red Sox will face off against the Detroit Tigers, and the Baltimore Orioles. The Red Sox still sit atop the AL East by two games, so nothing to complain about for fans. Can’t be worse than last year!

On Tuesday, April 27, the Celtics kicked off their week with a terrible loss against the Oklahoma City Thunder.

The Thunder have been one of the worst teams in the league this season and, in order to ensure optimal draft position in the upcoming offseason, have been sporting a roster of unproven and inexperienced players. Despite this, OKC was in control of the game the entire time. The Celtics, who were missing Jayson Tatum, Kemba Walker, and Robert Williams III, relied heavily on Jaylen Brown, Marcus Smart, Evan Fournier, and Payton Pritchard. In fact, those four players combined for 75% of all Boston shot attempts. While Brown and Prtichard came to play (39 and 28 points respectively), Smart and Fournier both had terrible shooting nights as Smart shot 4-17 from the field, while Fournier went 4-14. This lack of scoring depth, along with a lackadaisical defense, resulted in a disappointing 119-115 loss.

Wednesday’s game against the Charlotte Hornets was a much better showing for Boston.

With Tatum off of the injury report, the Celtics were looking for revenge after last week’s blowout loss to Charlotte. Right from the jump, it was clear that Boston had no intention of letting this game slip away. Boston won the first quarter 39-19, and coasted from there, winning by nine points. Tatum and Brown led this charge, combining for 73 points and 12 assists. Additionally, first-round draft pick, Aaron Nesmith, had a great showing, finishing with 15 points and nine rebounds.

On Friday, the Celtics made history against the San Antonio Spurs.

Down by 32 at one point, Boston clawed their way back into the game behind herculean efforts from Jayson Tatum and Aaron Nesmith. Tatum dropped a career-high 60 points on great efficiency. He especially flourished when he was attacking the rim, getting to the line 17 times. Nesmith had another great showing, scoring 16 points, grabbing six rebounds, and locking up his matchups on defense.

Boston wrapped up their week with one of the most frustrating losses of the season against the Portland Trail Blazers.

This wasn’t due to the Celtics’ play, but due to the horrible officiating of the game. The refs were not even biased — they were just making questionable and flat-out wrong calls. After a close three quarters, the entire flow of the game was ruined by a Marcus Smart ejection, inconsistent foul calling, and a missed coaches challenge at the end of the game. Because of this, you have to take the outcome with a grain of salt, and focus on the positives from the game. The biggest one is that Aaron Nesmith was once again incredible, scoring 16 points and not missing any of his four 3-point attempts.

With seven games left in the season, the Celtics must find the balance between keeping everyone healthy for the playoffs, and making sure that they actually make the playoffs.

The first round of the NFL draft was this past Thursday and the Patriots made a meaningful move. They were able to stay put with the 15th overall pick and select quarterback Mac Jones from Alabama.

After the college football season ended, the Patriots were the favorites to draft him, but he flew up the draft boards in the past three months and thus, wasn’t projected to land in New England.

The crucial decision that led to this selection was the 49ers drafting Trey Lance at 3rd overall. After that selection was made, the Patriots were able to sit back and wait for Jones to fall straight into their laps. They were predicted to trade up for Justin Fields or Trey Lance if Jones was taken 3rd overall, but fortunately, he wasn’t. They ended up with an excellent quarterback and may just be able to fill the largest hole in their roster.

Mac Jones has been described as a more athletic Tom Brady in his play style and abilities. Jones did run a faster 40-yard dash time and jumped higher during his Pro Day than Brady did in 2000, but he is by no means as athletic as Brady or the four QBs taken before him.

He is extremely accurate and patient, while also having great judgement when going through his throwing progressions. He has been labeled as the most NFL-ready QB in this draft, which leads Pats nation to believe that he could start immediately after the Patriots bye week, but if not, then it is almost guaranteed he will start at the beginning of next season, with Cam Newton being on a one year contract.

Bill Belichick is very close with Jones’ college football coach, Nick Saban, making it seem that the transition from ‘Bama to Foxborough should be smooth, considering the similar coaching and leadership styles between the two coaches. Mac Jones operated a very complicated offense at Alabama, so he should grasp the offense the Patriots run with ease. The Patriots offense has always been ahead of the league, but it will be very similar to the offense Brady ran the past 20 years, considering the similarities in skillsets between the two quarterbacks.

With this roster, the Patriots will most likely be running a two tight end set with both Hunter Henry and Jonnu Smith on the field for the majority of the offensive snaps. There should be a lot of running the ball behind a very good offensive line and a lot of play-action.

Regardless, Bill Belichick and Josh McDaniels have already found what Jones is great at and will incorporate it into his offensive package. He is a very different QB from Cam Newton, so both will have separate packages on top of their standard playbook. It will be more read option and quarterback running for Cam and more play action for Jones.

The Patriots were also able to draft some needed player positions in the later rounds of the draft.

They traded up to draft a defensive tackle, Christian Barmore, from Alabama who put up an impressive eight sacks as an interior defensive lineman last year. They also drafted two linebackers, Ronnie Perkins and Cameron McGrone, in the 3rd and 5th rounds, respectively. They were able to draft a safety, Joshuah Bledsoe, in the 6th round which was a position of need with aging starters to end the defensive pickups. They drafted a running back, Rhamondre Stevenson, in the 4th round with James White having only a year left on his contract. Lastly, they drafted a tackle, Will Sherman, and wide receiver, Tre Nixon, in the 6th and 7th rounds to add talent to the offense.

It was all around a good draft for Bill Belichick as many needs were filled on both sides of the ball. In any case, Patriots fans are extremely excited to have (hopefully) solved the quarterback situation for many years to come.