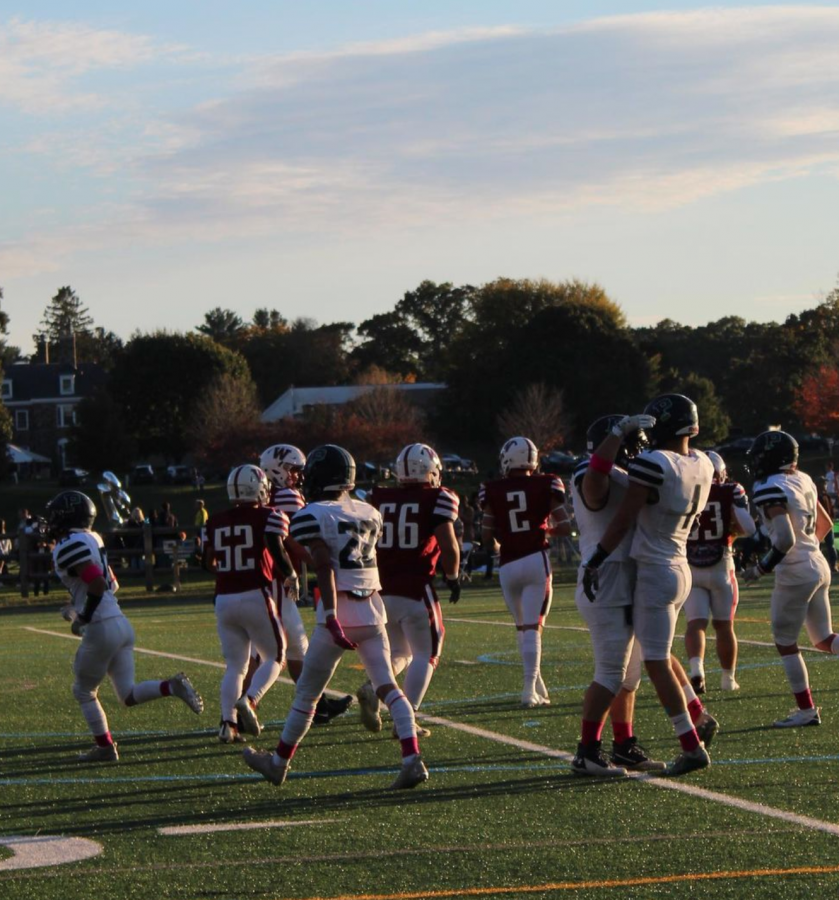 The Pingree varsity football team ended their season with an 8-0 record and a trip to a Bowl Game. This is the first 8-0 season they have had under head coach Mike Flynn. Flynn went to the University of Maine and is in their Hall of Fame. He was an 11-year NFL lineman and a Super Bowl champion with the Baltimore Ravens. Flynn has been coaching at Pingree since 2018, and under his leadership, Pingree has had an astonishing record of 26-2-1.

A big part of this season was the debuts of several key sophomore players, one of which is starting quarterback, Hudson Weidman.

When talking about how the season has turned out, Weidman says, “I think that, from the jump, we were all super excited to play after not having the chance last year. We came out in week one with a blowout win and then went up to St. Paul’s and beat a team who hadn’t lost in three years. I think that the focus and passion of the team are what has been able to pull us to where we are today. Everyone on the team gets along as well, which is also very important in being a successful team.”

The game against Dexter Southfield was the biggest of the season with both teams entering the contest undefeated at 7-0. It was also senior night and a highlighted event for students.

Emotions were high all night with the allure of an undefeated season in reach for both teams. The game had an 80-minute break during halftime with a torrential downpour and lightning strikes forcing the game to be delayed.

When describing the Pingree-Dexter rivalry, Senior captain Nico Mangano says, “I’ve been here for five years and I’ve never lost to Dexter!” The rivalry is as alive as ever, and the game came down to the last play.

Pingree narrowly won 13-10 with a game-winning touchdown from quarterback Hudson Weidman to receiver Chris Colby. It was a 29-yard strike to regain the lead with eight seconds left in the fourth quarter. There have been several game-winning plays in Dexter-Pingree history and, in ten seasons, the Highlanders have won the contest six times.

Pingree’s defense was phenomenal, allowing just ten points to a team averaging just over 30 points a game. It was certainly a defensive game overall with Dexter slowing down the Pingree offense significantly, as Pingree has also averaged over 30 points a game this season. Both teams had multiple chances to score, but both defenses kept stepping up to make big stops. Pingree did not score in the first half, but the performance by the defense made sure that the offense could struggle to score and it remained a close game.

Pingree also had a statement win earlier in the season against St. Paul’s. It was only the second game of the season, but was an important one. St. Paul’s is the only team to have beaten Pingree under Coach Flynn, beating them in both 2018 and 2019. St. Paul’s had been undefeated for 1,435 days until losing to the Highlanders 34-6. It was an emotional game and a memorable one, considering the undefeated streak and the history between the two teams in recent years.

The last game of the season, a Bowl Game, will be the Mark Conroy Bowl on the Pingree turf on Saturday, November 20th, at 1pm against the Canterbury School. It is the seventh time in 15 seasons that Pingree will play in a bowl game and the first time it will be held at the Pingree turf. Canterbury is 7-1, promising a competitive game and a fun one to watch. The Highlanders look to end the best season in program history by going undefeated and winning a bowl game for only the second time ever.